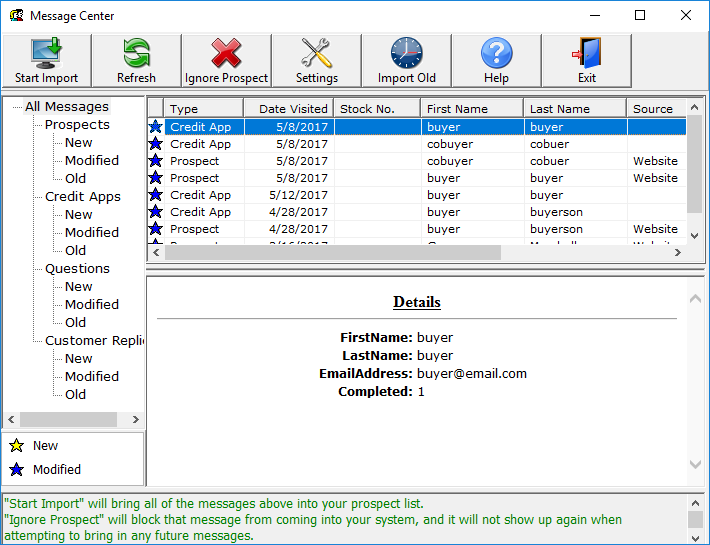 Item Types – The different contact items found in WebManager are classified into different types and it is the type that will determine how DeskManager will treat that item when it is imported.